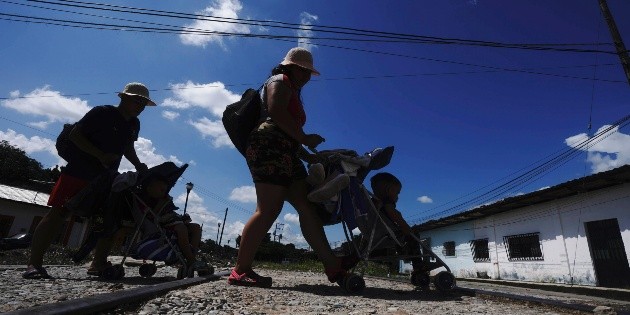 US immigration authorities will limit arrests in schools, hospitals and other so-called “protected” areas, according to new guidelines issued Wednesday by the Department of Homeland Security.

As part of a larger effort to make immigration more selective, Agents and officials are being instructed to consider the impact of law enforcement actions on communities, as well as “broader social interests”said the Secretary of National Security, Alejandro Mayorkas, when announcing the new guidelines.

The action, which is part of a series of measures implemented by the administration of President Joe Biden to reverse some of the strict immigration policies of its predecessor, is likely to further frustrate its detractors, who say that lax application of the law encourages migrants to try to enter the country illegally.

The measure announced by Mayorkas adds to previous policies that instructed the Immigration and Customs Enforcement Service (ICE) to stop making arrests in court and to guide agents and officials to focus on people who recently entered the illegally, who pose a threat to national security or have committed serious crimes.

To the list of places that are restricted for immigration authorities schools, nurseries and medical centers, places of worship, playgrounds and recreation centers will be added. Detentions would also be limited during demonstrations and rallies.