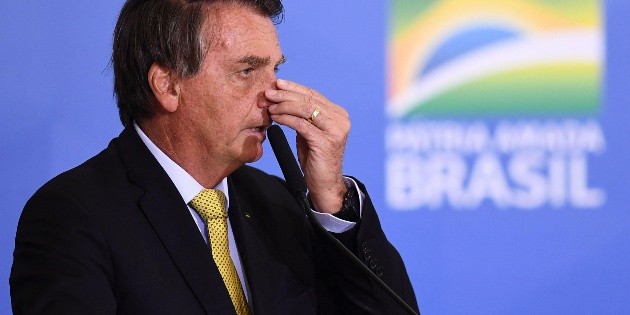 The president of Brazil, Jair Bolsonaro, described this Wednesday as “clowning” the report of a Senate commission that accuses him of crimes against humanity and eight other crimes for his management in the face of the COVID-19 pandemic.

“That is a clown,” Bolsonaro said in an interview with radio station Jovem Pan, who nonetheless admitted that such a report “causes a lot of problems.”

Bolsonaro assured that he is not worried about his future, since the report of the parliamentary commission “is worth nothing.”But he acknowledged that “the image outside Brazil is terrible” and affects even the country’s economy.

“There are those who believe that we have a dictatorship here, that I imprison journalists, that I curtail freedom of expression, that I killed people in the pandemic, and that influences people who want to invest in Brazil and then do not invest,” he said. .

According to the president, “all this affects the stock market, the price of the dollar, goes to inflation”, “hurts everyone” and is driven only by the “political interests of seven senators,” he pointed out in reference to the number of parliamentarians who they approved the report of the commission, which had eleven members.

The report was approved on Tuesday and formulates harsh charges against Bolsonaro and 79 other defendants for the management of the pandemic, which in Brazil has already killed more than 606,000 people.

In the case of the leader of the far right, He is accused of crimes against humanity, infraction of sanitary measures, medical quackery, incitement to crime, falsification of documents, irregular use of public money, prevarication, epidemic resulting in death and attacks against the dignity of the office.

According to the directive of the commission, now the accusations will be presented to the ordinary courts and, in what concerns Bolsonaro, to the General Prosecutor’s Office, the Supreme Court and the International Criminal Court of The Hague, in the latter case due to the alleged crimes against humanity.