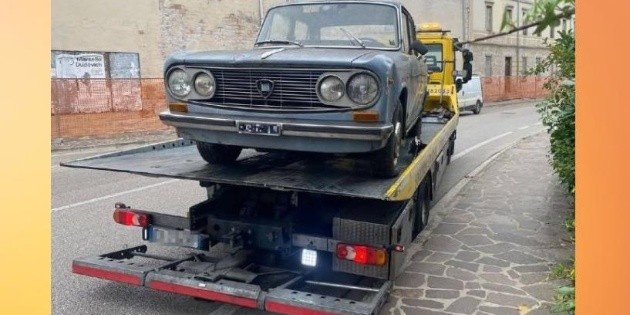 A Lancia Fulvia car from 1962 was removed from the place where it had been parked for 47 years on the street of a small town in Italy, an event that has caused notoriety in the media.

This was reported by the Italian newspaper Il Messaggero that gave an account of how the Lancia Fulvia had been parked on the Zamboni road since 1974 in the Italian town of Conegliano, with the body worn by time and weather.

The car is a reference for many of the inhabitants of the place. A woman, named Luca Zaia, reports the Italian newspaper, recalls that the Lancia Fulvia has been there since she went to school, pointing to it as an emblem of the neighborhood.

The car belongs to Angelo Fregolent, 94, who had a business where he sold newspapers and parked the vehicle to unload the publications or use it as a warehouse. Since then the Lancia Fulvia was parked in the same place and over time it broke down and he could no longer move it, making this case something special.

The fact, of course, has caused curiosity to be exposed on social networks and the news has been shared through the network. According to reports from various media, the car will be restored and exhibited at a classic car fair.