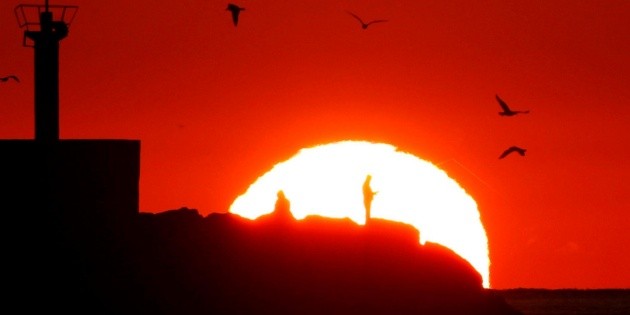 The new commitments of the countries are insufficient to curb the emission of greenhouse gases, which could cause this century a rise in the planet’s temperature of 2.7 degrees Celsius, above the goal of 1.5 degrees with respect to the pre-industrial era, he warned today the ONU.

The warning is contained in the 2021 “Emissions Gap Report”, published by the United Nations Environment Program (UNEP) five days after the start of the UN Climate Change Conference in Glasgow, Scotland. (COP26), the main political forum to face the climate crisis.

“To have a chance to limit global warming to 1.5 degrees, we have eight years to cut greenhouse gas emissions by almost half (…). The clock is ticking loudly.”UNEP Executive Director (based in Nairobi), Inger Andersen, stressed after the report was released.

According to the document, which is in its twelfth edition, the emissions foreseen by the States and the mitigation measures announced are still insufficient to achieve the objective set by the Paris Agreement (2015): to limit the increase in temperature during this century below 2 degrees and ideally 1.5.

To achieve this goal, an additional annual reduction, above current commitments, of 28 gigatons of carbon dioxide equivalent would be necessary (a measure whose acronym in English is GtCO2e and which serves to quantify the mass of greenhouse gases based on its warming potential).

But the report estimates that, at the current rate, annual global emissions will be about 60 gigatons of GtCO2e in 2021.

Faced with this scenario, the commitments made by 49 countries, together with the European Union (EU), to achieve a state of carbon neutrality – that their net CO2 emissions are zero – could make “a big difference” and reduce warming of the planet by an additional 0.5 degrees.

However, current plans are “very ambiguous” and are not reflected in the Nationally Determined Contributions (NDC), a document submitted by each country with expected emissions and policies.

Likewise, the document emphasizes this year the need to reduce emissions of methane, the second greenhouse gas that contributes the most to global warming, since current commitments would only allow one third of the reduction necessary to reach the goal of 1.5 degrees.