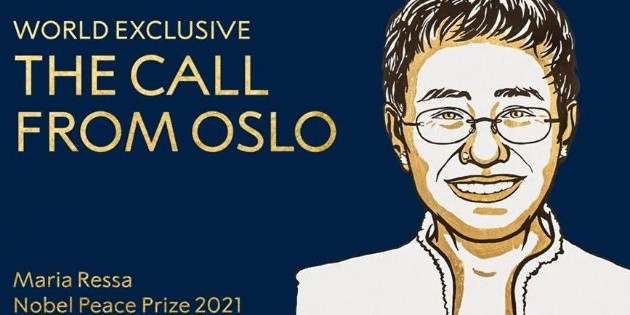 The Nobel Peace Prize award ceremony, which was held online in 2020 due to the pandemic, will be held in person this year in Oslo in December, the Nobel Committee announced Tuesday.

On October 8, the prestigious award went to two investigative journalists, the Filipina Maria Ressa and the Russian Dimitri Mouratov, thus recognizing for the first time the role of the independent press.

The gala ceremony is traditionally held on December 10, the anniversary of the award’s founder Alfred Nobel’s death in 1896.

On the same day, a second ceremony takes place in Stockholm, to deliver the awards for Medicine, Physics, Chemistry, Literature and Economics.

These awards do will be presented to the laureates in their country of origin, due to the pandemic, according to the Nobel Foundation.