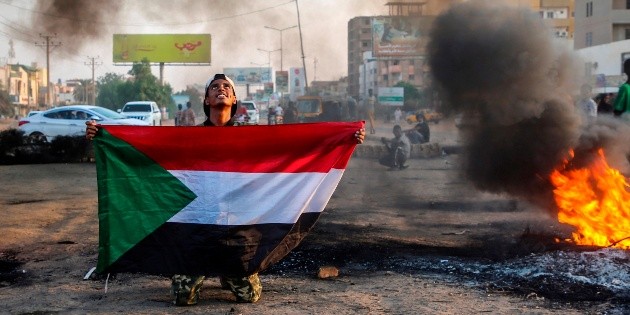 Ten people were killed and 140 injured during Monday’s protests against the military coup in Sudan, the Professionals Association, which led the demonstrations that led in 2019 to the overthrow of the dictator, Omar al Bashir, said today.

In a statement, the Association of Professionals indicated that the fatalities were shot by the Rapid Support Forces, a former militia accused of crimes against humanity in Darfur and now converted into a regular military corps.

This Monday demonstrations were registered in various parts of Sudan after it was learned that the military had dissolved the Sovereign Council, the main body of power in the country’s transition process, and the Council of Ministers and detained several of its members, including the prime minister. , Abdullah Hamdok.

That same day the Ministry of Information of the already dissolved Government denounced that the military had fired at the protesters who rejected the military coup in front of the Army General Command in Khartoum.

In a first provisional balance offered at the end of this day, the Physicians Committee had reported three deaths, but now the Professionals Association has tripled that figure.