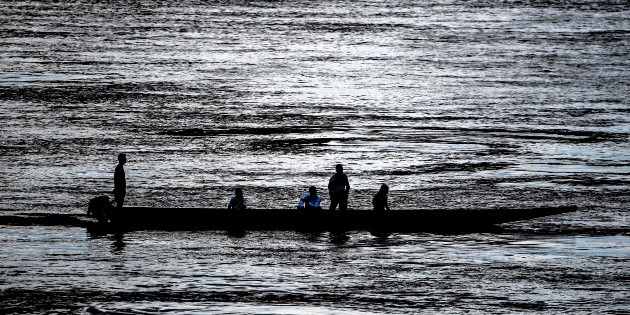 Three girls and a woman were killed after a barge carrying migrants from the Turkish coast sank near the Greek island of Chios on Tuesday, Greek authorities said.

Another 22 people – 14 men, seven women and a minor – were rescued and at least one person was missing, the coast guard reported.

“A large number of passengers were on the boat. That fact, together with the adverse weather conditions, caused the floor of the boat to detach”The coast guard said, noting that none of the passengers had a lifejacket.

Migration Minister Notis Mitarachi tweeted that the deceased girls were between 3 and 14 years old. It initially reported that all the passengers who had died were minors.

The minister accused the Turkish government of failing to fulfill its part of the 2016 agreement with the European Union to prevent asylum seekers from leaving Turkey for EU territory.

“The Turkish authorities have to do more to prevent the exploitation of people by criminal groups.

Such voyages must never be allowed to take place, “Mitarachi wrote. Turkey, which is hosting some 4 million refugees, says the EU has been too slow to deliver on its promises of financial support.

In the aftermath of the shipwreck on Tuesday, three rescue helicopters, two coast guard vessels and at least six private ships in the vicinity participated in the rescue operation.