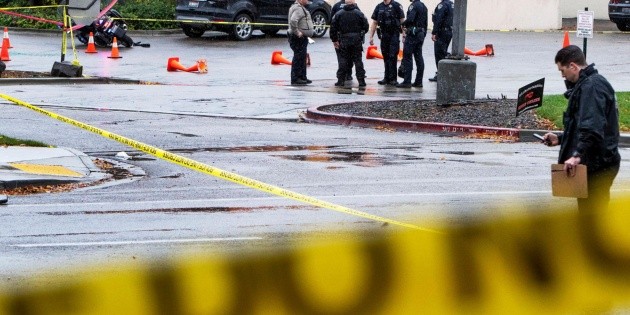 Two people were killed Monday and four others were injured, including a police officer, during a shooting at a mall, Boise, Idaho police said. One suspect was taken into police custody.

The authorities indicated in a press conference that inspections were carried out in all the establishments of the shopping center.

The police asked the population to avoid the area. They also indicated that they are in the process of notifying the relatives of those involved.

Police were interviewing dozens of people outside the entrance to Macy’s, one of the five largest department stores in the mall, which in total has 153 stores.

Cheri Gypin was at the mall with a friend, where they walk for an hour three or four times a week. He said he heard several detonations, but thought something had fallen from the ceiling. Then about 60 people, including families with strollers, started running towards them and shouting that there was a shooting.

“My friend was trying to process it,” said Gypin, 60. “I just looked at her and said ‘we have to run.’ So we ran and kept running until we reached the outer perimeter of the parking lot.”

They returned to their car, where the police asked those who had fled the mall to clear the parking area.