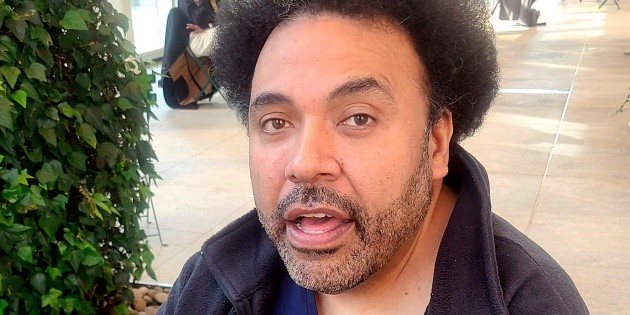 Being in a prison in New York “is a mental, emotional and physical war” for survival and if you don’t make it, “you can literally die.” This is how Wilfredo Laracuente remembers the two decades he spent in six prisons in this state, where currently one person dies every three days.

Fortunately, Laracuente did not go on to add to those statistics.

“There are many mental problems. Prison is not only physical, it is also emotional and mental”

A recent study by the Center for Justice at Columbia University shows that the 1,278 people killed in the last decade in the state’s prisons are more than the total of executed (1,130) in New York during the 364 years in which it was in force the death penalty (1608-1972).

Deaths in prison have accelerated since 1976 – the year the state Department of Correction began collecting these statistics – when an inmate died every twelve days, according to the study, called “New Death Penalty in New York.” , which analyzed data between 1976 and 2020.

Between those years, a total of 7,504 people died behind bars – seven times the number of those who were executed in three centuries – and approximately half were black, despite representing less than 18% of the state’s residents.

The study further indicates that in the last decade, approximately one in three people who died had served at least fifteen years in prison, compared to one in 29 in the 1980s.

According to the report, despite the fact that deaths have decreased in each age group, the same does not happen with those over 55 years of age and it points out that with harsher sentencing practices, the denial of probation and keeping the elderly prisoners, deaths of older adults has increased enormously.

According to the study, 56% of those who died in the last decade were 55 or older.

Old age and death in prisons

Many have died without having had the opportunity to go before the Parole Board – which authorizes or denies this measure – due to their long sentences, or they have been denied, after which they must wait two years to have another hearing. and sometimes it’s too late for them and they end up aging and dying in prison.

“We do not know the reason for those deaths,” said Melissa Tanis, a co-author of the study, noting that the data that the Department of Correction gave them was “very poor” and was limited to blacks and whites, who together make up 71% of the deceased.

White deaths are increasing but the reasons are unknown. There is no data for Hispanics in the state’s 53 prisons, three of them for women.

For 27% of reported deaths the inmate’s race was classified as “unknown” or “other”.

Prisons in the US: the loss of hope

Laracuente, who now works for the Justice Center, pointed out that prior to the 2000s there was no classification of “Hispanics” for this sector of the prison population, who were classified as “non-white.”

He also recalled that saw many die in prison because, after fifteen or twenty years behind bars “they give up, they lose hope” if they do not have the support of family members and there comes a time when they “begin to see the prison as their home.”

“There are many mental problems. Prison is not only physical, it is also emotional and mental,” said Laracuente, who after completing a high school degree in prison in “social behavior” and achieving his parole, left three months ago.

He further stated that After several years in prison, diseases such as asthma or bronchitis develop Made worse by conditions in the cells, where most are windowless and food and medical treatment leave much to be desired.

The study makes recommendations, including that a bill be passed that would change the criteria for granting parole focusing the decision not so much on the reason why he is in prison, but on the risk he represents now and his rehabilitation.