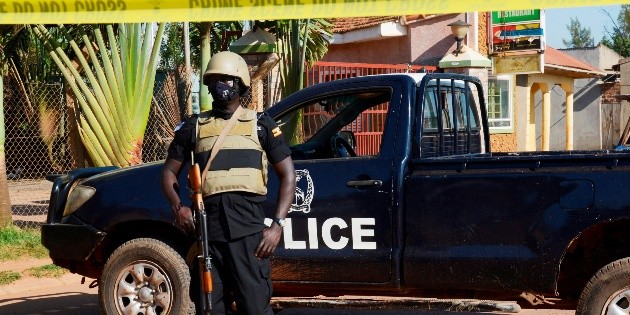 One person was killed and several others injured in an explosion Monday night on a bus near Kampala, police said two days after an attack claimed by the Islamic State (IS) group in the Ugandan capital.

“A team of explosives specialists has been dispatched to Lungala, on the Kampala-Masaka highway, following the fatal explosion on a bus … around 17:00,” said police spokesman Fred Enanga.

“Access to the site was prohibited pending a thorough evaluation and investigation by explosives specialists,” he said.

Initially Enanga mentioned two deaths, as did one of the directors of the bus company, but the police later clarified that there was one deceased.

“Correction: the specialists in explosives have confirmed a death”, indicated the police in his account of Twitter.

Police did not give details about the origin of the blast, but Ugandan President Yoweri Museveni, who also mentioned a death on Twitter, suggested it was a bomb.

Police try to determine if the dead person “was the one carrying the bomb”added the president.

“The other 37 passengers are safe as is the driver,” he detailed on the social network.