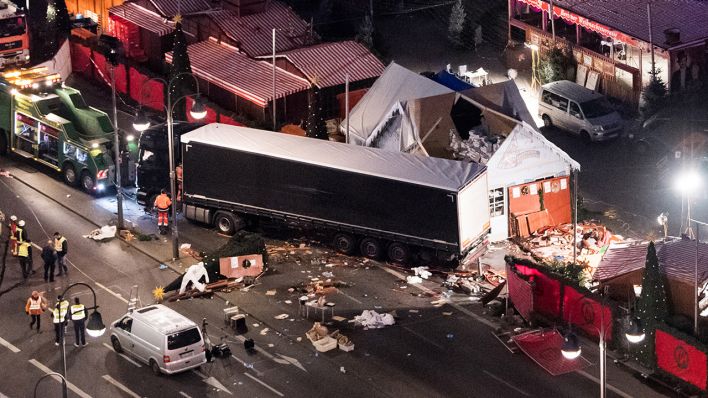 In the attack on the Christmas market on Berlin’s Breitscheidplatz, Sascha Hüsges was on duty as a first aid worker. However, he injured himself so badly that he has had to be cared for ever since. He died earlier this month at the age of 49.

Almost five years after the Islamist attack on the Berlin Christmas market on Breitscheidplatz, a 13th death is to be mourned, according to rbb information.

Sascha Hüsges died on October 5th as a result of a serious injury sustained as a first aid worker. After the truck had come to a standstill, Hüsges had rushed to the aid of visitors and was allegedly hit in the head by a beam. Due to the severe head injury, the 49-year-old has since had to be looked after around the clock by his husband and a carer.

In a letter to the Berlin Senate Chancellery and the investigative committee of the House of Representatives, the group of surviving dependents and victims asks that the name of Sascha Hüsges be listed on the steps of the memorial at the Memorial Church as recognition and respect for his commitment on December 19, 2016.

In the letter to the MPs and the Senate Chancellery, which rbb24-Recherche has received, the survivors of the terrorist attack wish for an “unbureaucratic implementation by the 5th anniversary on December 19th”.