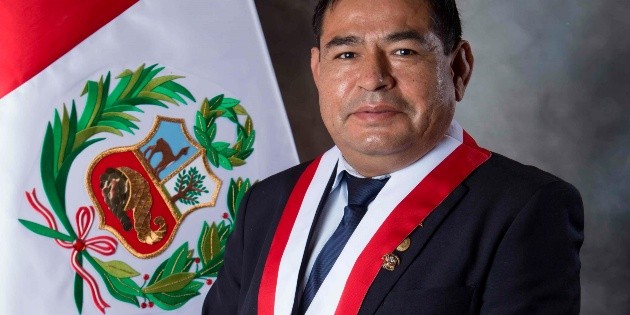 The investiture session of the renewed government of the president of Peru, Pedro Castillo, was suddenly suspended due to the death of the congressman of the leftist Peru Libre party Fernando Herrera.

The 55-year-old parliamentarian perished when two hours of debate had passed in the hemicycle, after the presentation of the general policies of the Executive made in the morning by the Prime Minister, Mirtha Vásquez.

Moments after the news of the death of the legislator of the southern region of Tacna was known, Congress observed a minute of silence and the president of the Legislative, María del Carmen Alva, ordered the suspension of the plenary session until Tuesday morning, in sign of mourning.

Already on the outskirts of Parliament, the spokesman for the Peru Libre parliamentary group, Waldemar Cerrón, assured that Herrera died as a result of a cardiorespiratory arrest.

“We are sorry and we appreciate the solidarity of all the congressmen who in unison have given their condolences,” Cerrón, brother of the party leader, Vladimir Cerrón, told reporters.

From the northern Amazon province of Bagua, where he was on an official visit, President Castillo lamented the death of Herrera, one of the 13 congressmen from Peru Libre who form the faction most akin to the president as they are all from the teaching profession.

“I join the pain of his family. We will remember him as a defender of democracy, who fought to end social differences,” he added later in a message posted on social networks.

Peru Libre congressman Álex Paredes explained to local media that Herrera did not attend the hemicycle but they believed it would appear by the time of the final vote, until they were told that he was at the Guillermo Almenara Hospital in Lima.

The deceased parliamentarian had overcome covid-19 last month, when he was under medical observation in one of the isolation centers established by the Peruvian public health, according to Paredes.

On Tuesday the debate where the Council of Ministers led by Vásquez is at stake will have to resume. on whom Castillo based a turn to the moderation of his Government after detaching himself from the ministers of the most radical wing of Peru Libre.