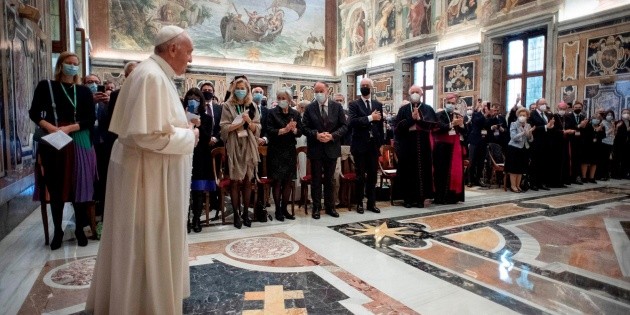 Pope Francis asked yesterday eliminate the walls of selfishness, indifference and national interests, in favor of solidarity, cooperation and respect for people.

“As Christians we are called to a love without borders and without limits, a sign and testimony that we can go beyond the walls of selfishness and personal and national interests; beyond the power of money that often decides the causes of the people; beyond ideologies, which divide and amplify hatred; beyond any historical and cultural barrier and, above all, beyond indifference, that culture of indifference that, unfortunately, is everyday, ”said Francisco.

The Pope made these reflections in an audience with members of the Centesimus Annus Pro Pontifice Foundation, before whom he defended solidarity, cooperation and responsibility as antidotes against injustice, inequality and exclusion.

He criticized the current economic systems that discard “lives in the name of the god of money” and cause inequality and injustice, and called to ensure “respect for the human person, his freedom, the protection of his inviolable dignity.”