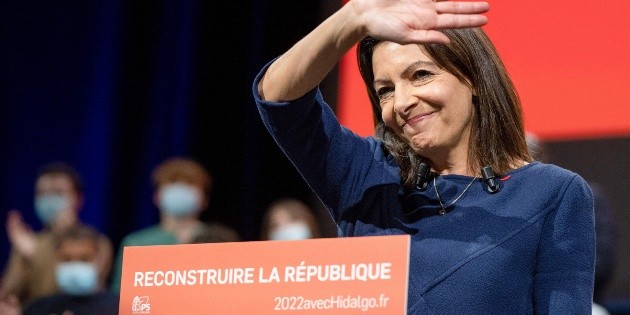 The mayor of Paris, Anne Hidalgo, was invested yesterday as a candidate for the Elysee by the Socialist Party at a convention in which she Shock proposals such as the creation of a climate tax that the richest would pay or a social turn with wage increases and more weight from the unions.

“I come to propose a project of social, ecological and democratic reconquest. My method is simple: democracy everywhere and all the time, ”Hidalgo stressed in a heated event with some 1,700 party supporters in Lille, a city governed by another socialist mayor, former minister Martine Aubry.

In a clear attempt to get his campaign, started six weeks ago, out of the stagnation it is experiencing in terms of voting intentions (between 4 and 7%, according to polls), he wanted to make a mark by presenting some ideas from his program.

In the field of ecological policy, which has been his main brand in the management at the head of Paris, He advanced that if he becomes president, rights will be granted to living beings and nature, with the integration of the protection of common goods in the Constitution, the creation of the crime of “ecocide”And the implementation of the figure of a“ defender of the environment ”.

But above all, he warned that he will apply “a tax on climate fortune that will record wealthy families, whose wealth emits more carbon dioxide.”

In the social field, he insisted on his willingness to provoke a generalized increase in salaries if he becomes president and to set an example with the salaries of public employees, in particular teachers, to whom he said that he will double their remuneration in the five years of mandate.