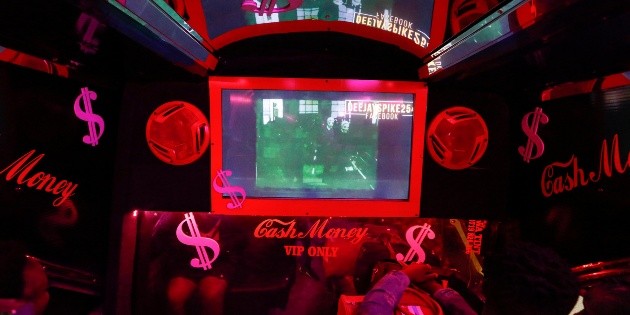 The British police announced this Friday that they had arrested three suspects of having tried to inject substances with needles to young women, following a wave of testimonies from students who claimed to have been drugged with this method in nightclubs.

For years, the practice of introducing a drug into a victim’s drink has been known; However, in recent days, numerous young women and some men in the United Kingdom denounced that tried to drug them in bars or discos by sticking them with a needle, a phenomenon that shook this country.

The police of Nottinghamshire, in the north of England, announced that they had arrested two men in the framework of the investigation of such incidents. The 18 and 19-year-old detainees are suspected of having planned to drug other people “with the intention of harming, harassing or injuring them,” the security forces said.

In neighboring Lincolnshire, a 35-year-old man suspected of possessing drugs with the intention of administering them was also arrested on Friday morning. The police said that since September they have received 12 complaints of “punctures with a pointed object” in nightclubs. The testimonies about this disturbing phenomenon multiplied after two students from the University of Nottingham denounced it for the first time, showing the marks of the needles and the bruises on the skin.

Zara Owen, a freshman at the university, explained that she woke up after a night of partying with very vague memories of what happened the day before and with pain in the crotch, where it had the mark of a puncture.

Sarah Buckle, a sophomore, was taken to a hospital by her friends after fainting during a night out. Then, he realized that he had a bruise on the hand, which he showed on Channel 4 News.

The British police indicated that they are investigating dozens of attacks of this type. Groups of students are preparing actions to boycott bars and nightclubs, asking them to reinforce security measures at the entrance and better protection of their customers.