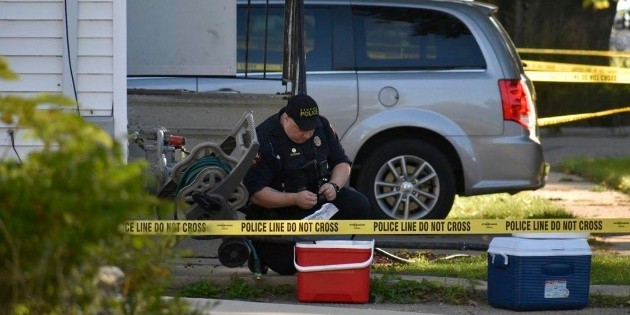 A woman died this Thursday in the state of New Mexico during the filming of a shooting of the movie “Rust” starring him actor Alec Baldwin, US authorities reported.

“The Santa Fe County Sheriff’s Department confirms that two individuals were shot while filming a scene on the set of the western movie ‘Rust,'” the dispatch detailed in a statement.

“According to the researchers It appears that the scene being filmed contemplated the use of a prop gun when it was fired. Detectives are investigating how and what type of projectile was fired, “adds the text.

A 42-year-old woman was airlifted to a hospital where she died, and a man of the same age was taken by ambulance to another medical center where he is receiving emergency care.

“Rust” is a western film starring Baldwin and directed by Joel Souza. In the production, 63-year-old Baldwin plays Harland Rust, an outlaw whose grandson is charged with murder, and with whom he flees when he is sentenced to hang for the crime.

The accident occurred while a scene was being filmed at the Bonanza Creek Ranch, a famous movie location in the United States, where “Cowboys & Aliens” and “Longmire” have also been recorded.

The patrols headed to the crash site in the early afternoon, after receiving an emergency request.

“Production has been discontinued for now. The safety of our cast and crew is our highest priority,” the film’s co-producer Baldwin’s team was quoted as saying by KOB television.