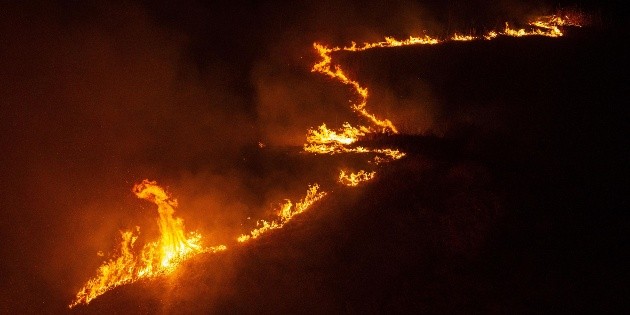 This Thursday, the authorities of Syria executed 24 people sentenced to capital punishment for causing forest fires in 2020, events that left three dead and devastated thousands of hectares of forests, reported the Ministry of Justice of the Middle East country.

Executions are common in Syria, a country affected by war. Nevertheless, the number of those sentenced to capital punishment and executed in a single day was higher than usual.

The war in Syria has claimed the lives of thousands of people and forced roughly half of the country’s population, including nearly five million refugees out of Syrian territory, to flee.

The Ministry of Justice classified the 24 executed as “Criminals who carried out terrorist attacks that caused deaths and damaged infrastructure and public property.”

He noted that other 11 people received life sentences in the same case and that nNine more, including five minors, were sentenced to prison.

The sentences for minors ranged from 10 to 12 years in prison, the Ministry of Justice detailed.

In late 2020, the Ministry announced that the authorities had detained dozens of people who confessed to planning the fires starting in August of that year. The fire started in September affected 280 towns and villages and damaged 370 homes, added the Ministry.

According to the authorities, the flames consumed a total of 24 thousand hectares of forests and plantations.

Wildfires were recorded in several Middle Eastern countries in October 2020 in the middle of an unusual heat wave for that time of year, and Syria in particular was among the most affected. Three people were killed in the fires, which also ravaged large areas of forest, mainly in Latakia and the central province of Homs.

The town of residence of President Bashar al-Ásad, Qardaha, in Latakia province, was severely affected by the flames, which left heavy damage to a building used as a warehouse for the state-owned tobacco company, part of which fell down.