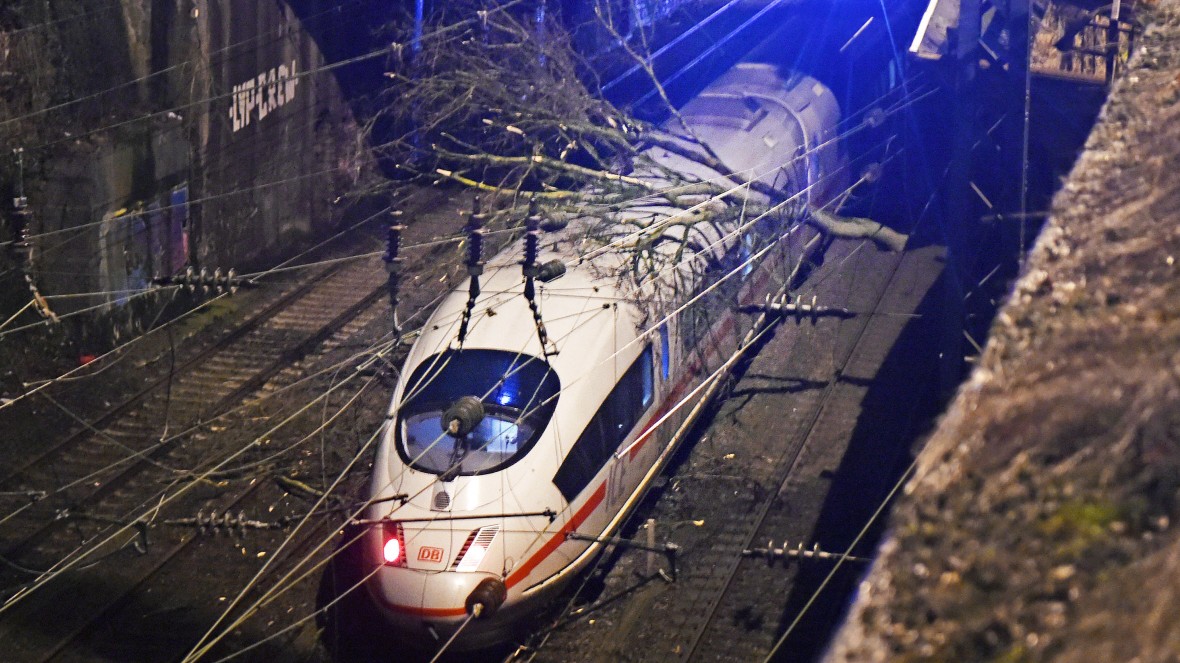 What to do if the train doesn’t go

If a train is canceled due to snow chaos and a storm (or strike) or if the traveler misses his connection due to the weather, he can switch to any other train at no extra charge – if one is running. In the case of offers such as a saver fare ticket, the train connection is canceled. Rail travelers are also allowed to change if they have to expect that their booked train will reach its destination with a delay of more than 20 minutes. If possible, you should have the delay confirmed in writing by a railway employee – ideally on the Passenger rights form.

If the rail traveler takes a more expensive train to get anywhere at all, for example an ICE instead of a local train, they must first pay the surcharge. He can then have the money reimbursed at a DB travel center. This regulation does not apply to heavily discounted tickets such as country tickets and the Quer-durch-Land-Ticket. You are also not allowed to switch to trains that require a reservation, such as night trains.

What if I don’t want to take the train anymore?

If rail connections are canceled or delayed by more than 60 minutes, you can get your train ticket including seat reservation in a DB travel center or a travel agency with a DB license Get a full refund free of charge. For online tickets there is an application form on the website of the railway.

By the way, if you can’t get any further en route and drive back to the starting station in exasperation, you will be reimbursed for the entire trip. If you do not turn back, you will only get back the unused portion of the booked route.

Does the railway pay compensation for delays?

There is even a legal right to it, regardless of the cause: even in the event of miserable weather or a strike, the railway is obliged to do so – in contrast to airlines, which can invoke force majeure. If a passenger arrives at their destination at least one hour late, the train has to reimburse 25 percent of the fare. In the case of a two-hour delay, it is 50 percent (for a one-way trip, so only half of the total price counts for a return ticket). The surcharge for the ICE Sprinter is paid back after a delay of 30 minutes.

How does Deutsche Bahn compensate commuters with season tickets?

From a delay of 60 minutes, passengers with a season ticket receive a flat rate compensation per trip. Second-class season tickets for long-distance transport are five euros, and first-class tickets are 7.50 euros. BahnCard 100 holders get ten euros in second class and 15 euros in first class.

In local transport, train drivers cannot expect any noteworthy compensation. If you are 60 minutes late or more, there is a flat rate of 1.50 euros in the second class and 2.25 euros in the first. However, with S-Bahns, amounts of four euros or more are only paid out. Local transport customers therefore only receive their money from the second or third delay within the period of validity of the time ticket.

How do I claim my compensation?

To assert claims, must the corresponding passenger rights form fill out. Those affected get this form on the train, at the DB information desk, in DB travel centers or on the website of the railway. If the ticket was bought via a customer account on bahn.de, Claims can now also be registered online and in the DB Navigator app.

Does the train pay a taxi or a hotel room?

First of all, travelers have to see whether the train offers an alternative connection, for example a rail replacement service. If this is the case, the offer of the railway always has priority.

If there is no alternative organized by the train, the scheduled arrival time is between midnight and 5 a.m. and the train is at least one hour late, then the train will reimburse costs for another means of transport up to a maximum of 80 euros. This also applies if the last scheduled connection of the day fails and the destination station cannot otherwise be reached by midnight. If an overnight stay is necessary, the railway has to pay for a hotel room.

These special costs can only be reimbursed at the Passenger Rights Service Center (see “How do I claim my compensation?”). For this purpose, in addition to the ticket or a copy of the ticket, the original receipts for the costs incurred must be sent.

But even those who use a taxi outside of the specified time can try to have the costs reimbursed. In individual cases, the service center may be accommodating.

What if I missed my flight or my ship because of the train delay?

Anyone who has not booked a package tour or at least a Rail & Fly ticket will probably be left with the costs. Because the train only has to compensate for the canceled train ticket and not for the flight. Passengers can only hope for the goodwill of the airlines when rebooking.

Do I get compensation if my flight is delayed or canceled due to the weather?

Actually are in the EU air passenger rights regulation staggered compensation is provided – but unfortunately, in contrast to the railway, not in the event of force majeure. If a flight is canceled due to the weather or a strike, or if it would arrive more than five hours late, airlines must, if at all possible, provide reasonable replacement transport (for shorter distances, for example by train, if it is running) or pay the money back. If the flight is postponed to the next day, the airline pays the hotel costs. Even with shorter delays of two hours or more, passengers are entitled to snacks and drinks. In addition, the airlines save compensation in the event of storms – but not if a technical defect paralyzes the aircraft.

It is all too easy for airlines to excuse themselves from force majeure: if the antifreeze runs out or if de-icing takes too long, airlines must compensate for the delay.

What if the long-distance bus leaves too late?

Passenger rights are also required for long-distance bus journeys, however only for tours of more than 250 kilometers with at least one place of departure or arrival in the EU. Those waiting are entitled to snacks and drinks if they still have to wait at the bus station 90 minutes after the scheduled departure. The bus operator would also have to pay for a hotel room in the event of an involuntary overnight stay – but not if storms or snow chaos make a safe journey impossible. The bus companies are also fine with delays due to traffic jams: they cannot simply resolve the traffic infarction. When traveling by long-distance bus, the decisive factor is the delayed departure and not the arrival time.

What rights do bus travelers have if the trip is canceled or if they leave too late?

If it is foreseeable for the provider that the tour will be canceled, that the departure will be delayed by more than 120 minutes or that the bus is overbooked, he must immediately give his customers the choice: If they want to start the journey later, earlier via a different route start or choose an alternative transport for the same price? Or should the fare be reimbursed – if necessary including a free return trip by bus to the starting point? If the bus company fails to offer these options, the passenger is entitled to compensation: Half of the fare is then refunded on top of that.