Because of the storm warning, all parks of the Prussian Palaces and Gardens Foundation in Berlin and Brandenburg are closed on Thursday (October 30, 2021).

The leaves of the trees in the park by the water tower move in the rising gusts of wind.

The castles in the park are also closed, with the exception of the Charlottenburg Palace (Old Palace). One can only talk about openings when the official all-clear has been received, said a spokesman for the foundation in Potsdam. In addition, it must then also be checked how high possible damage is. “There may still be some clean-up work. If everything goes well, we cannot reopen until Friday morning at the earliest, ”said the spokesman.

The zoo in Cottbus will also remain closed on Thursday due to the storm warning. The city of Cottbus announced that the animals would be cared for in the stables as far as possible. Likewise, the zoo in Eberswalde is closing its doors on Thursday according to a message on the website. 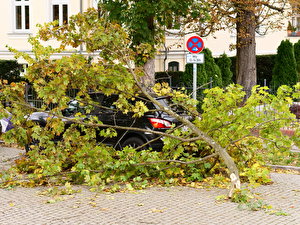 The storm depression brought the Berlin fire brigade “almost to the limit” on Thursday, according to its own statements. more 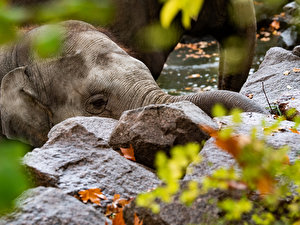 Due to a storm warning, the zoo and the zoo in Berlin will remain closed on Thursday. «We know from experience that such severe weather warnings should by no means be taken lightly», … more