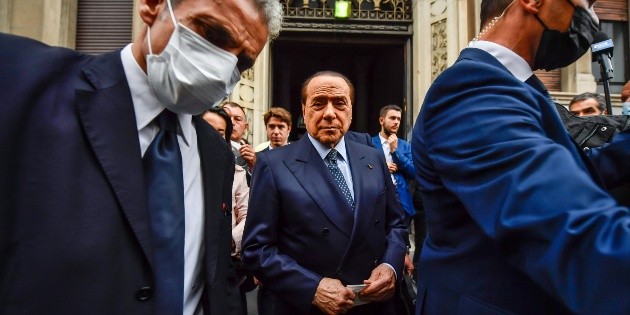 Former Italian Prime Minister Silvio Berlusconi he was acquitted on Thursday afternoon of judicial corruption charges in a trial in Italy, his lawyers said.

Several Italian media, reporting from Siena, Tuscany, published that Judge Simone Spina noted upon reading the verdict that there was no evidence for a conviction.

The prosecution had argued that Berlusconi tried to bribe witnesses who were to testify about what happened at the so-called “bunga bunga” parties with young guests at his villa in Arcore, on the outskirts of Milan.

According to the daily La Repubblica, one of the defense lawyers, Federico Cecconi, told reporters that he had informed Berlusconi of the acquittal and that the 85-year-old billionaire was “obviously relieved and happy.”

A pianist who worked at Arcore during the festivities, which the defense had described as fancy dinners, was also acquitted of judicial corruption, Italian news outlets reported.

Prosecutors had asked for a four-year prison sentence for each of the two defendants.

The trial stemmed from a criminal case that ended in the highest criminal court in Italy. That court upheld a 2014 acquittal of Berlusconi in an appeals court in 2015 on charges that he had paid for having sex with an underage prostitute at “bunga bunga” parties and had used his influence to cover it up.