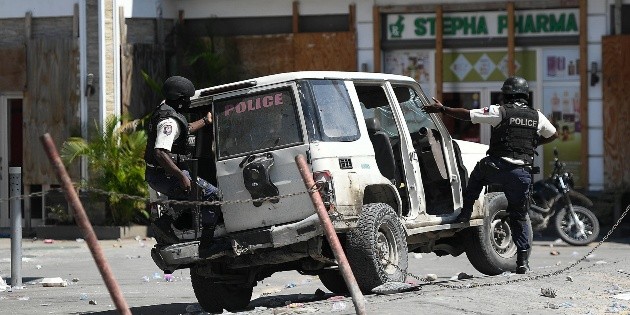 The leader of a Haitian gang that kidnapped a group of americans over the weekend he threatened to execute them.

“Since I don’t get what I need, I will kill these Americans.”

Footage, filmed Wednesday but posted on social media Thursday, showed Wilson Joseph dressed in a suit and surrounded by armed men, in front of coffins containing the five-limbed bodies of his gang.

“Since I don’t get what I need, I will kill these Americans,” Joseph threatened, speaking in Creole.

The kidnappers demand a ransom from $ 17 million for the freedom of the hostages, reported security sources.

On Saturday, a group of 17 American and Canadian missionaries, and their children, were abducted in broad daylight while visiting an orphanage in the heart of an area in eastern Port-au-Prince, which is totally under the control of the gang.

The Ohio-based Christian Aid Ministries, to which the abducted missionaries belong, reported that the group included 12 adults between the ages of 18 and 48, along with five boys: eight months, three, six, 13 and 15 years.

The United States has advised Americans to do not travel to haiti, in particular due to the kidnappings that they warn regularly include US citizens.

Since December 2020, Haitian police have searched for Joseph for crimes including murder, kidnapping, theft of vehicles and hijacking of cargo trucks.