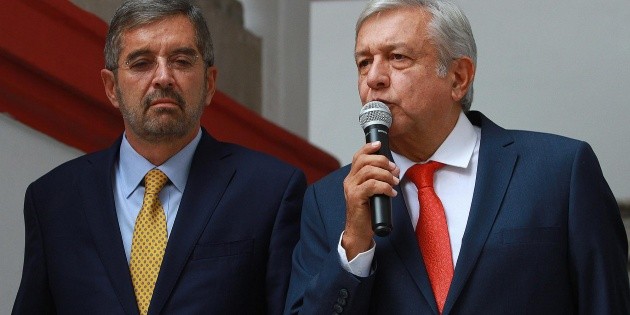 President Andrés Manuel López Obrador (AMLO) announced that on his next visit to the United Nations Organization (HIM-HER-IT) in New York, it will pose a commitment to nations to combat corruption and inequality in the world.

In his press conference, in the National Palace, the head of the Executive recalled that the reason for his trip to the UN headquarters is to the session in which Mexico will assume the presidency of the Security Council of the international organization.

“We have the presidency of the Security Council, I will lead the meeting and the session of the Council, that day they will discuss issues, I will take the floor and I will deliver a message that has to do with a commitment to combat corruption and inequality in the world. “

He explained that he will travel to New York on November 8 at noon, one day before attending the UN, accompanied by the Secretary of Foreign Relations. Marcelo Ebrard and the head of his Assistantship team, Daniel Asaf |, and, that same day he will meet at night with the Mexican ambassador to the UN, Juan Ramón de la Fuente.

The president asked the New York nationals, who have expressed their wish to welcome him, to seek out Ambassador Juan Ramón de la Fuente, to explore the possibility that a commission could meet with him.

“I would tell them to look for Dr. Juan Ramón de la Fuente, who is Mexico’s ambassador to the UN, to agree with him, to see if we can have an interview with a commission, with a group.”

He recalled that for reasons of security and United States protocol it would not be correct if there is a demonstration to get off the transport (in charge of the Secret Service) to greet the compatriots who live in that country.

“For security reasons, especially the country I visit, they take care of the logistics, they decide this, that’s how it was when I was in the White House. I can’t get off if there is a demonstration, it’s not correct, I could do it , but I do not consider it correct, as it is said in the Bible it is necessary to avoid judgments and reckless acts “.