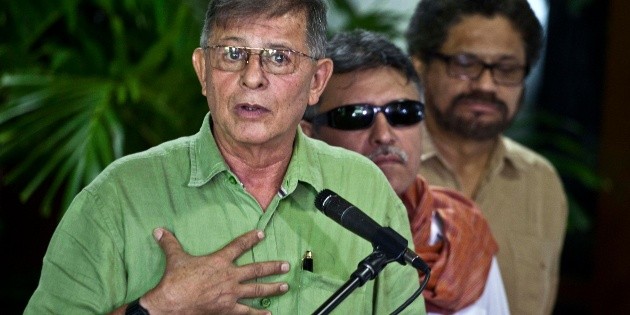 The former leader of the extinct FARC Rodrigo Granda was arrested on Tuesday upon his arrival in Mexico City, according to official sources.

Granda, who had the name Ricardo Téllez as an alias when he was a guerrilla and was known as the FARC’s “chancellor” during his time as a member of the guerrilla, was allegedly arrested upon arrival at the Mexico City International Airport.

Granda traveled to Mexico invited by the Labor Party (PT) to attend the international seminar “The Parties and a New Society” which will be held on October 21, 22 and 23 and to which he was going as a representative of the Communes Party of Colombia together with Rodrigo Londoño.

“One of the issues to be discussed (in the seminar) is the peace process in Colombia, the party appointed a delegation in which I am included and also Granda, we did all the procedures before the JEP -Special Peace Jurisdiction- as appearing parties and we were given the permits, “Londoño said in a video posted from Mexico on his Twitter account.

“Today we arrive in Mexico City at 12 o’clock and this is the time at 8:15 p.m. Rodrigo Granda has not been able to enter Mexico City, I really don’t know what happened, I don’t want to show off things, or Speculating, he called on the international community to be aware of Rodrigo Granda’s security and status, “added Londoño.

Senator Carlos Antonio Lozada, from the Communes Party, warned this Tuesday through a message on Twitter that Granda, 72, had been detained in Mexico.

“Urgently, Rodrigo Granda was detained in Mexico, even though he left the country with the authorization of JEP (Special Jurisdiction for Peace), they inform us that the government of @IvanDuque asked Interpol to activate a red circular while he was flying to Mexico, in clear violation of the Peace Agreement that they want to tear apart, “Lozada wrote.