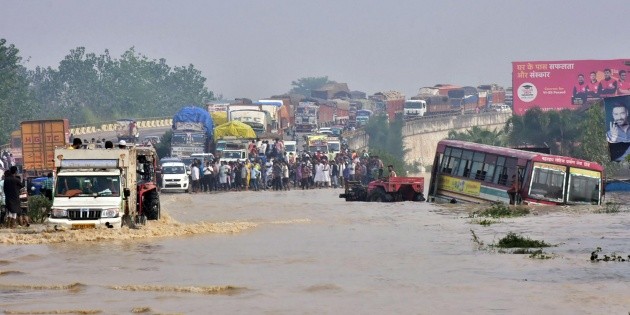 At least 52 people have died in the last hours and dozens are still missing in Nepal As a result of torrential rains and landslides, the authorities of the Asian country reported this Wednesday.

The highest number of victims occurred in the district of Doti, in the west of the Himalayan country, with fourteen deaths so farsaid Interior Ministry spokesman Phanindra Mani Pokharel.

But the virulent rainfall, which surprised experts when it arrived after the monsoon season, has left victims in much of the country, in addition to causing significant material damage.

According to the balance of the National Authority for Disaster Management and Risk Reduction, which reported 52 deaths, the other districts with the most fatalities were eastern Ilam, with 13 killed by landslides, and Dhankuta, with seven.

In addition, dozens of people remain missing due to heavy rainfall, according to the government agency, with 24 individuals unaccounted for in Bajhang (west) after a landslide buried seven houses in a village.

“Search and rescue operations were hampered by the continuing avalanches,” Pokharel said.

The rains have also caused significant damage to agricultural areas on the southern plains in the Terai region.

“We have to receive data on crop losses, but preliminary estimates show that billions of rupees worth of plantations have been destroyed,” said Agriculture and Livestock Ministry spokesman Prakash Sanjel.

Every year the rains cause significant personal and material damage in Nepal and other South Asian countries, especially during the monsoon period between June and September.

But the virulence of the rains when the experts ended the monsoon season has surprised.

“We were saying that the monsoon was over, I was surprised to see such high levels of precipitation capable of causing so much loss of life and material,” said hydrology expert Madhukar Upadhya on Twitter.

Nepal is highly vulnerable to natural disasters and ranks fourth in terms of vulnerability to climate change, according to the United Nations Development Program report.

The rains these days also affect other countries in the region such as India, where at least 81 people have died and a dozen are missing since last weekend.