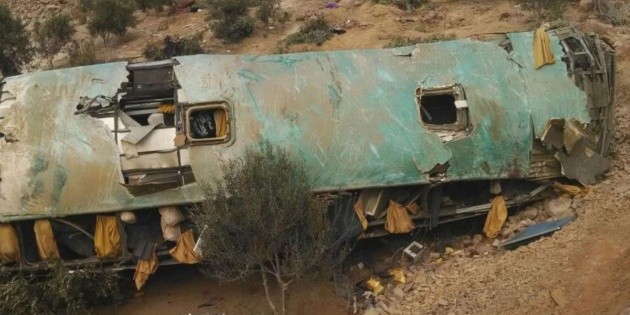 The frontal collision between a wagon and a small passenger bus left 12 dead and one injured on a highway in Boliviathe traffic police reported on Wednesday.

“As a result of this traffic event, we have 12 dead and one injured,” reported a police spokesman from the city of Oruro, in western Bolivia.

The accident It was registered early this Wednesday on a highway that connects the city of Oruro with the mining town of Huanuni.

The small passenger bus collided head-on into the wagon, in which three mining leaders who died were traveling.

The police, within the first inquiries, indicated that it is probable that the driver of the wagon invaded the opposite lane as a result of fatigue.

The most serious accident of this year in Bolivia was registered last July, when a passenger bus fell off a cliff with a balance of 34 dead and 10 injured.