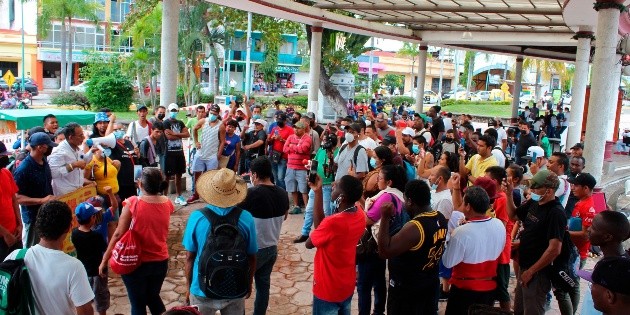 At least 500 children born to Haitian parents outside of Haiti, holders of foreign nationality, are among the thousands of deported to the Caribbean country in the last month, according to a report released Wednesday by the International Organization for Migration (IOM).

The document numbers 10,831 migrants returned to Haiti since September 19 to date, who were deported mainly from the United States, as well as from other countries in the region.

Among them, there are 1,789 minors, including 500 born in the countries where their parents resided in recent years, the vast majority in Chile and Brazil, countries that grant nationality to those born in their territory.

Among the deportees were 404 Chileans, 84 Brazilians, six Venezuelans, two Ecuadorians, a Panamanian, a Honduran, a Dominican and a Nicaraguan, according to the IOM.

Also among the deportees were unaccompanied children, whose family reunification is uncertain in some cases, even due to the refusal of their own parents to take them back, according to the international organization.