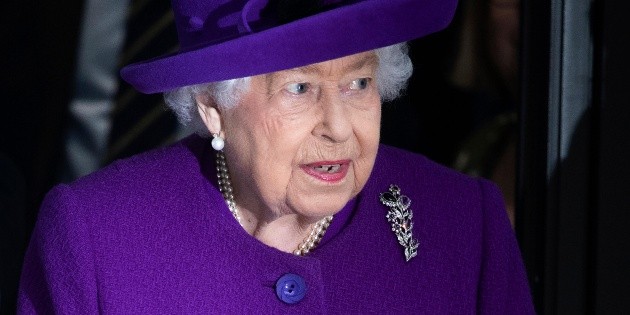 “His majesty thinks you are as old as you feel,” said the secretary to explain why the queen Isabel II rejected at the age of 95 a prize reserved for the elderly, reported this Tuesday the publication that grants it.

Magazine The Oldie, which aims to be a “lighthearted” alternative to a press “obsessed with youth and celebrity”, announced that it had proposed to Buckingham Palace to grant its “Oldie of the Year” (“old lady of the year”) to the sovereign, who He has been on the throne for almost 70 years.

This Tuesday he published the rejection letter sent on August 21 from Balmoral Castle, in Scotland, where the Queen spends her summers, and signed by her deputy private secretary Tom Laing-Baker.

“His Majesty believes that you are as old as you feel and therefore does not believe that they meet the criteria to accept “the award, explained.

After passing the successive confinements in Windsor Castle, about 40 km west of London, and despite speculation that she could be seen less in public after the death of her husband Felipe last April, Elizabeth II has come to various engagements lately.

Last week he was seen walking in public with a cane, the first time this has happened since 2004.

Felipe, who passed away in April one month after his 100th birthday, received the “Oldie” award in 2011, when he blew out the 90 candles.

“There is nothing for morale like being reminded that the years pass and the old carcass begins to crumble,” wrote the Duke of Edinburgh, known for his sometimes undiplomatic humor, in his letter of thanks. “But it’s nice that they remember you,” he added.