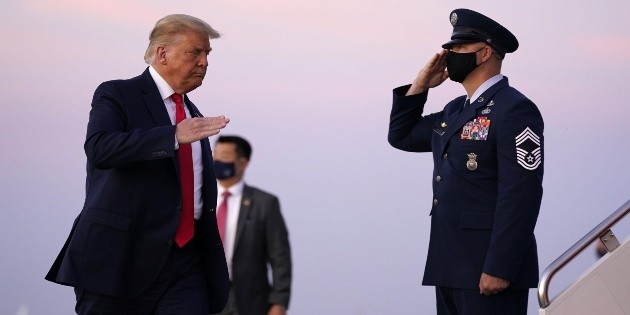 Under the presidency of Donald Trump, the US government considered the possibility of sending 250 thousand soldiers to the southern border, as well as sending forces to the interior of Mexico to fight drug trafficking, reveals this Tuesday the American newspaper The New York Times.

The newspaper, which cites former administration officials as a source, points out that when the then Defense Secretary, Mark T. Esper, learned of the idea, he was shocked: the 250,000 troops accounted for more than half of the active US Army and one sixth of the US forces as a whole.

It would have been the greatest use of the national army since the Civil War. Stephen Miller, architect of Trump’s immigration agenda, had asked the Department of Homeland Security (DHS) to develop a plan to see how many troops were required to seal the 3,200-kilometer border with Mexico, but it is unclear if the number 250 came from there or from the Pentagon.

The idea was presented to the Northern Command of the Department of Defense; According to one of the officials approached by the Times, the idea was never formally presented to Trump for approvalBut it was discussed in meetings at the White House where options to close the border to undocumented migrants were discussed.

Officials with knowledge of the talks assured that when Esper learned of the plan, he was enraged and claimed that such a deployment would undermine the preparation of the United States Army for any contingency. Finally, the plan was scrapped.

The newspaper recalls Trump’s obsession with the southern border, for which he even considered placing a grave with snakes or crocodiles -version that the then president denied. He even thought about the possibility of shooting migrants in the leg when they crossed the border, to stop them.