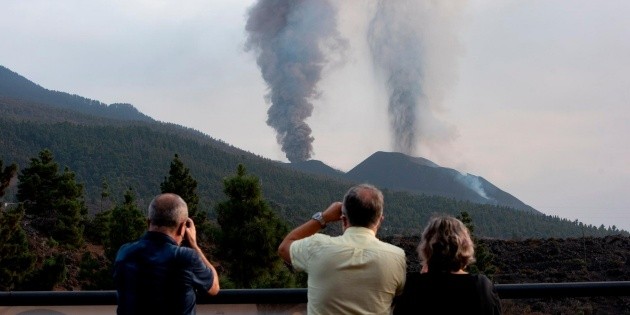 Spanish authorities authorized the rescue operation of the dogs that were trapped in the middle of the eruption of the Cumbre Vieja volcano, in The Palm.

Jaime Pereira, CEO of Aerocámaras specialists in Drones, the company that will try to rescue animals, made the announcement on social networks.

“GOOD NEWS! We are delighted to announce that they have granted us the necessary #permissions to carry out the rescue operation of the dogs of La Palma with #drones”, he said, and thanked Miguel Ángel Morcuende, Head of the Environment Service and Emergencies of the Cabildo de la Palma for the support.

Shortly after, the firm announced that the pilots they were already conducting tests with the emergency teams. “Our priority and goal is to rescue the dogs. Due to the complexity of the operation, we need calm and concentration.”

Pereira had already explained what the operation will be like in which they will try to rescue at least four dogs that were trapped after the eruption of Cumbre Vieja. In the last hours at least one cat was also sighted, so there could be more animals that are in the area.

“We have a drone that lifts 23 kilos,” he said. The goal is to attract each dog separately, as the drone would not have the capacity to lift more than one. One of the main problems, in addition, of the climate, is that for the whole operation they only have “about four or five minutes.”

In case of detecting any type of risk, once the dog has been lifted by the drone, rescuers have prepared what they call a “quick release“: a descent to be able to free it and avoid dangers, before attempting the rescue again. It is, Pereira stressed,” an unprecedented maneuver and very difficult to execute. “

In case rescue is not possible, rescuers they have prepared a plan B, to carry, through the drones, food and water to the trapped animals.

“We can transport 18, 20 kilos on each trip, even booths, anything that we can use to shelter them,” said Pereira. Aerocámaras specialists in Drones is the only company that has a system to be able to carry out this type of operation in Spain.

The case of the trapped dogs captured international attention, and the company’s networks were filled with good wishes, at the possibility of an imminent rescue.