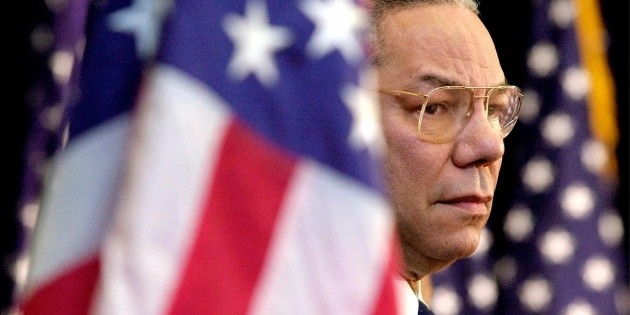 Colin Powell, former US Secretary of State during the term of former Republican President George W. Bush, has died at 84 for “complications of COVID-19″, His family announced this Monday through a statement on social networks.

“We have lost a remarkable and loving husband, father, grandfather and a great American,” they reported.

The former secretary of state died at Walter Reed Hospital, on the outskirts of Washington, where American presidents are usually served, indicates the AFP agency.

Who was Colin Powell?

Colin Powell will always be remembered for having been the first African-American to serve as chairman of the Joint Chiefs of Staff, before becoming the chief of US diplomacy.

Defender of the war in Iraq delivered a lengthy speech to the UN Security Council on February 5, 2003 on weapons of mass destruction (WMD) allegedly possessed by Iraq. His arguments were the basis to justify the invasion of that country shortly after.

Years later he admitted that this was a “blemish” on your reputation.

“It is a stain because I am the one who made that exposure on behalf of the United States to the world, and it will always be part of my story,” said Colin Powell.

The four star general He was born on April 5, 1937 in Harlem, and grew up in New York where he studied geology.

He began his military career in 1958. First he was sent to Germany and then to Vietnam as a military adviser to President John F. Kennedy.

Colin Powell was secretary of state to the republican president George W. Bush between 2001 and 2005 and previously served as Chief of the US Joint Chiefs of Staff during the first Gulf War (1989-1991).

Although belonging to the republican party, became unmarked in the last years of the conservatives, since last year he asked for the vote for the democrat Joe Biden, and he did the same in 2016 when he endorsed the White House candidacy of Democrat Hillary Clinton, instead of Republican Donald Trump.

With information from EFE and AFP