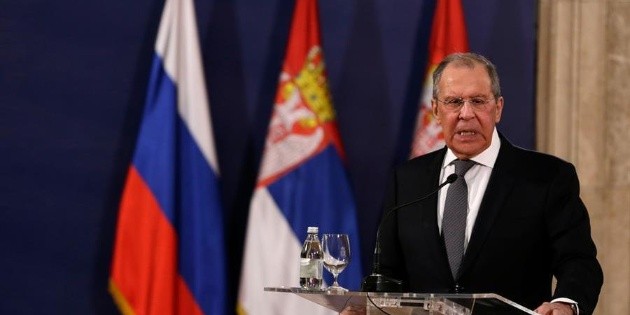 Russia announced on Monday the suspension of its mission to NATO and the Atlantic Alliance in Moscow, after the withdrawal on October 6 of the accreditations of eight Russian representatives to the organization, accused of espionage.

This decision further illustrates the strong tensions that have faced Russia with Western countries for several years., between sanctions, crossed expulsions of diplomats, accusations of electoral interference, espionage and cyberattacks attributed to Moscow.

Russia, for its part, reproaches the Atlantic Alliance for its ambition to extend to its borders, integrating Ukraine and Georgia, two former Soviet republics that it still considers part of its sphere of influence.

“After certain measures taken by NATO, the basic conditions for joint work are not in place,” Russian Foreign Minister Sergey Lavrov said on Monday, specifying that the measures will come into effect on November 1.

Specifically, Russia will indefinitely suspend its mission in Brussels within the Western military alliance, as well as the NATO mission in the Belgian embassy in Moscow. Its role is to guarantee the relationship between the alliance in Brussels and the Russian Defense Ministry.

Lavrov also announced “to put an end to the activity of the NATO information office”, whose mission, as defined by the alliance, is “to improve mutual knowledge and understanding.”

Since 2014, with the annexation of the Crimean peninsula by Russia, “NATO has already considerably reduced contacts with our mission. As regards the military side, there has been no contact since then,” justified the head of Russian diplomacy.

“The attitude of the Alliance towards our country has become increasingly aggressive”, denounced Russia.

NATO said it “regrets” this decision by Moscow.

“We have strengthened our deterrence and our defense in response to aggressive acts by Russia, but we remain open to dialogue,” said an Alliance spokeswoman, Oana Lungescu.

“The Russian decision is more than unfortunate”, assured, for his part, the German Foreign Minister, Heiko Maas, who considered that this “will prolong the glacial relations” between the Russian authorities and NATO.