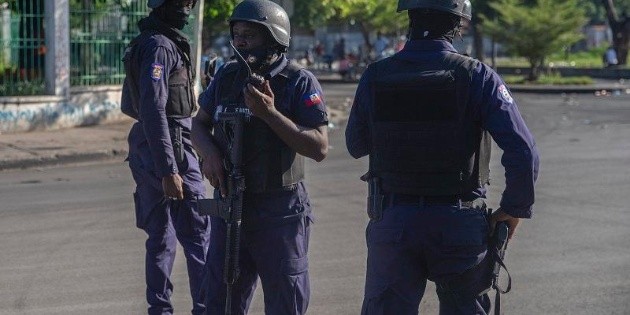 The streets of Port-au-Prince were empty this Monday in a day of national strike called against the growing insecurity, evidenced this weekend with the kidnapping of North American missionaries.

The kidnapping of 17 adults and children by a criminal gang made evident the difficulties of Haiti after the assassination of President Jovenel Moise in July, which left one of the poorest countries in the West on the brink of anarchy.

“It has been months since we asked for help, and as we have not had security against kidnappings we ask the population to suspend all activity,” said Changeux Mehu, president of the Association of Owners and Drivers.

“The bandits have gone too far. They kidnap, they rape women. They do what they want.”, said.

In Port-au-Prince, shops, schools and government buildings were closed on Monday, although schools were open in several other cities in the country, local media said.

Some police vehicles circulated through the capital on the main, relatively quiet roads, although a photographer reported a barricade of burning tires on a street.

“It’s as if we no longer live,” said Germain Joce Salvador, a young man in his twenties in the center of the city. “You can’t keep hearing every day that a loved one, a friend, or someone else is kidnapped.”

Launched last week by business and professional groups in Port-au-Prince, the call to strike gained resonance on Saturday after the kidnapping of 16 Americans and a Canadian.

The missionaries work for the US-based Christian Aid Ministries, which said in a statement that the group, which includes five children, was abducted east of the capital when returning from an orphanage.

Armed gangs, which have controlled the poorest neighborhoods of Port-au-Prince for years, hardened their actions in the city and peripheral areas where the kidnappings were unleashed.

The assassination of President Jovenel Moise on July 7 threw the country into greater uncertainty.

In August, the United States urged its citizens not to travel to Haiti due to kidnappings and political problems.