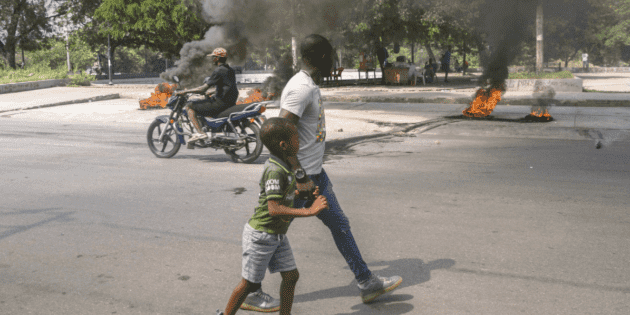 A Haitian gang known for its kidnappings and homicides she was accused by the police yesterday of kidnapping 17 missionaries from an American organization, among which it is believed there are five minors.

The 400 Mawozo gang kidnapped the missionary group in Ganthier, a community east of the capital Port-au-Prince, said Frantz Champagne, a Haitian police inspector. The gang was held responsible for the kidnapping of five priests and two nuns a few months ago in Haiti.

The gang, whose name means something like “400 inexperienced men”, controls the area of ​​Croix-des-Bouquets where Ganthier is. There, according to authorities, he perpetrates robberies, kidnappings and extortion. Ohio-based Christian Aid Ministries said the kidnapped group included 16 Americans and one Canadian; in total there are seven women, five men and five minors. The organization said they were on a trip to visit an orphanage.

In its annual report issued last year, the organization noted that US personnel had returned to their headquarters in Haiti after an absence of nine months “due to political instability.” The report noted the “uncertainty and difficulties” caused by said instability.

An official US source, who spoke on condition of anonymity, reported that the United States is in contact with the Haitian authorities to try to resolve the case.

The rise in kidnappings and gang-related violence has prompted Haitians to take alternate routes in some gang-controlled areas, while others prefer to stay in their homes, which means that they have less income.