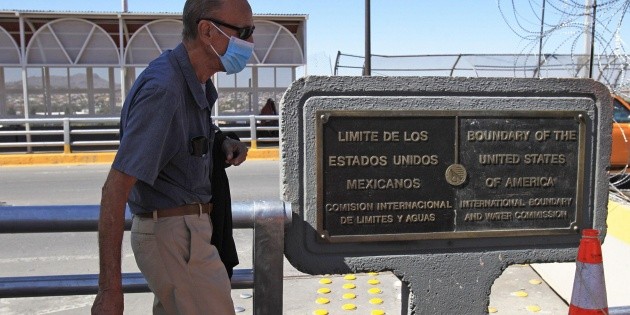 The owners of the punished businesses and families separated by the restrictions related to COVID-19 welcomed the announcement that the United States will reopen its land borders to non-essential travel starting next month, ending a 19-month closure.

Land transfers across the borders with Canada and Mexico were largely limited to workers whose jobs are considered essential. The new measures will allow foreigners with a full vaccination scheme to enter the United States regardless of the reason for the trip starting in early November., when similar restrictions on air travel are eased. By mid-January, even essential workers who intend to enter the country, such as truck drivers, will need to be fully vaccinated.

Government of Venezuela interrupts dialogue with the opposition

Shopping malls and retail outlets in border communities in the United States, whose parking spaces used to be filled with cars with Mexican license plates, were hit hard by travel restrictions.

San Diego Mayor Todd Gloria said the economic impact was difficult to quantify, but it can be seen in the low presence of shoppers in a major shopping mall located just a short distance from the Tijuana, Mexico border. The decision comes at a critical time: shortly before the holiday shopping season.

In Nogales, Arizona, a community of about 20,000 people, relocation restrictions forced about 40 retail stores on the city’s main street to closesaid Jessy Fontes, a board member of the Nogales-Santa Cruz County Chamber of Commerce and owner of the Mariposa Liquidation Store, an appliance store. His sales fell by 60% and he considered shutting down, but instead cut his number of employees from seven to two.

In Del Rio, Texas, Mexican visitors represent around 65% of retail salessaid Blanca Larson, executive director of the city’s chamber of commerce and tourism, which has about 35,000 residents.
“At the border we are not two different communities; rather, we are one,” he said.

In Sault Ste. Marie, Michigan, where hockey and ice skating are entrenched, the Soo Eagles have not had a single home game against Canadian opponents in 20 months. The players, ages 17 to 20, have been traveling to Canada since border restrictions were lifted in that country two months ago. Now they can be the local team.

“I almost fell when I read the news,” said Ron Lavin, co-owner of the team. “It’s been a long and frustrating journey for people on many fronts, much more important than hockey, but we’re just happy. It’s great for the city.”

Americans with a full vaccination schedule and permanent residents have been able to enter Canada since Augustprovided they have waited at least two weeks since they received the second dose of the vaccine and have recent evidence of a negative COVID-19 diagnostic test. Mexico has not implemented COVID-19-related entry procedures for its land borders.

The latest move comes after last month’s announcement that the United States will end air travel restrictions for certain countries and will instead require foreigners who want to get to the country that way to show evidence of vaccination.

The new measures apply only to legal income. Those arriving illegally in the country remain subject to expulsion under a public health decree that allows for the expedited removal of migrants before they can apply for asylum.

Travelers entering the United States by car, train, or ferry will be asked about their immunization status as part of the standard admission process for Customs and Border Protection. (CBP by its initials in English). At the discretion of the agents, travelers will have to show evidence of vaccination, which would be verified in a secondary filter.

Unlike air travel, for which evidence of a negative COVID-19 diagnostic test is required before boarding a flight to enter the United States, a diagnostic test will not be required to reach the country by land or sea, as long as the travelers comply with the vaccination requirement.