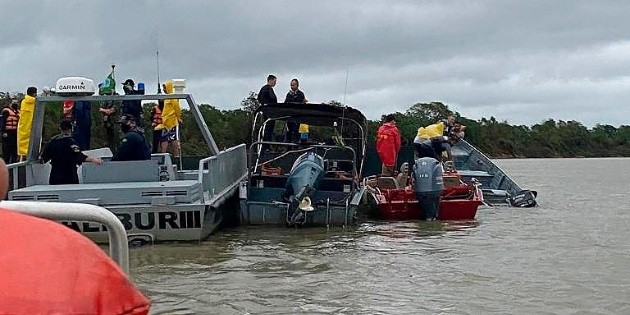 The wreck of a hotel-ship that was sailing on the Paraguai River, in the Brazilian Pantanal, left seven people dead and 14 rescued, as reported yesterday by relief agencies.

The Corumbá Fire Department, a city on the border with Bolivia and also close to Paraguay, reported that the shipwreck occurred on Friday night on the Paraguai River, 415 kilometers from Campo Grande, capital of the state of Mato Grosso do Sul.

A gale that hit the region caused the water level to rise and the river agitated, causing the boat to lose control, according to the preliminary report of the authorities.

The same gale made yesterday in 18 cities in the region darkened in an atypical way at 4 in the afternoon, due to a “dust storm” that joined the clouds of ash from the forest fires of the last days and covered the Sun.

The relief units that went to the scene of the accident managed to save 14 passengers and crew members of the hotel-ship, which functioned as a tourist attraction in the Pantanal, the largest wetland in the world shared by Brazil, Bolivia and Paraguay.

A group of divers rescued the first body on Friday night and the other 6, 4 of them members of the same family of tourists who had arrived from the state of Sao Paulo, were removed from the waters of the Paraguai River yesterday. A total of 12 divers from the Brazilian Navy and Army soldiers were displaced to the scene of the accident to participate in the rescue work.

The Navy indicated that with the gale strong winds reached speeds between 45 and 90 kilometers per hour and the ship sank 10 kilometers from Corumbá and 5 from the river port in that city.