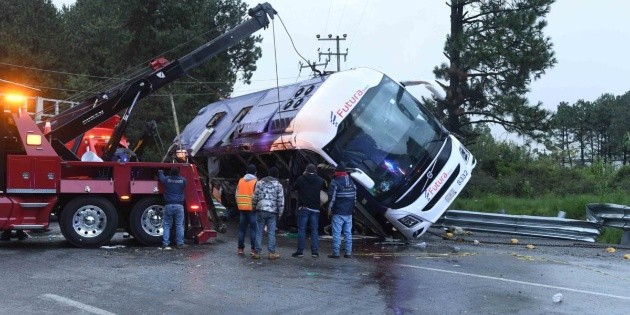 At least seven passengers died, a three-year-old boy among them, and another 16 injured left this Saturday the triple collision of a bus against two vehicles on a highway in the south of Peruthe National Police reported on Saturday.

The accident occurred on a highway that connects the highland region of Puno with Arequipa, the second largest city in the country, when a Tuti Tours company bus with about twenty passengers on board collided with a truck, a car and then got lost.

The triple impact occurred early on Saturday 82 kilometers from Arequipa, which is 1,102 kms south of Lima.

Three passengers in the van are among the seven who died, a father and his 17-year-old daughter among them.

In the group of injured, some seriously, there are five children. The firefighters transferred them to two hospitals in Arequipa.

Speeding appears as the cause of the accident, the local press reported, citing the police.

The section of the road where the crash occurred is known as “the devil’s curve” because of the abundance of zigzag curves, which force you to slow down and move slowly.