The offspring of the Red Pandas in Tierpark Berlin, who were born at the end of June, have been christened Urs.

The young animal was named after Urs Fischer, currently head coach at 1. FC Union Berlin, as the zoo announced on October 12, 2021. The association is the godfather of the red panda and went looking for a name together with the zoo last month.

“I’m of course happy that so many Unioners and zoo fans have suggested the name” Urs “and that they seem to be very familiar with the origin of my first name,” said Urs Fischer, according to the zoo. The name goes back to the Latin word «Ursus», which means «bear». He was chosen by the three-person jury consisting of zoo keeper Nils Frankenfeld, deputy zoological director Florian Sicks and Jochen Lesching, chairman of the Union Foundation from several hundred suggestions.

Urs’ parents, Joel and Shine, were brought to the zoo in 2020 as part of a global conservation breeding program. Red pandas, also known as cat bears, are classified as critically endangered by the NGO World Conservation Union.

The Tierpark Berlin is the second zoo in Berlin next to the Zoological Garden. The largest landscape zoo in Europe is located on the extensive grounds of the Friedrichsfelde Palace Park. more 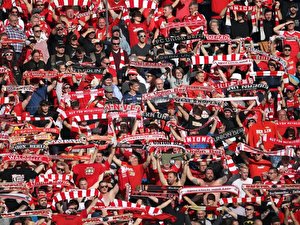 And never forget: Iron Union! 1. FC Union is the second top team in Berlin in the 1st Bundesliga. more